Are you worried about how EMPs could affect your electronics, but you’re not sure how to protect them? We took a look at some of the precautions you can take.

How can I EMP proof my electronics? The most effective and easiest way to protect your electronics from an EMP is by using a Faraday bag. Anything with a chip needs to be protected, or it may be damaged. Electronic items without microchips just need to be unplugged from the grid and they should be safe from any damage.

In this article you’ll learn how an EMP can damage your electronics, why you’d want to protect them, and how to go about it.

How Does An EMP Damage Electronics?

An EMP (electromagnetic pulse) can damage your electronics in three main ways.

The first is because of an EMP’s high electrostatic effects. An EMP can destroy semiconductors if its electrostatic gradient is high enough. You can use a Faraday cage or bag to prevent this from happening to your electronics.

The second way is because of an EMP’s high magnetostatic gradient. This can potentially destroy your electronics even if they’re inside of a Faraday cage by creating voltage between semiconductor junctions. You can use electromagnetic shielding to stop this.

The final way an EMP can damage your electronics is because it creates a large surge of energy. An EMP makes the Earth’s magnetic field temporarily get pushed out of the way. Once the EMP event is over, this field rushes back to fill the area and introduces currents and voltages that can destroy the electrical grid.

This is why it’s important to unplug your electronics to protect them from EMPs, because pretty much anything plugged in is at risk of being ruined.

Why Protect Your Electronics? 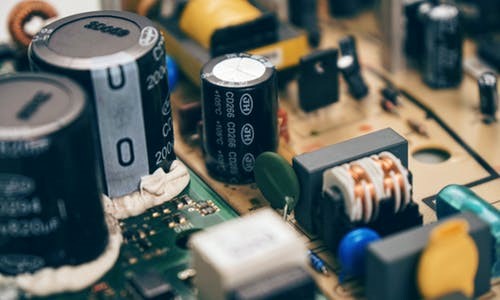 An EMP is one of the scarier survival events that preppers need to be ready for. An EMP could be caused by either nuclear weapons detonated high in the atmosphere, or by natural solar events.

Either of these events could be massive enough to knock out the electrical grid for the entire country and destroy most electronics.

In modern society we’re extremely reliant on electronic products. We use electricity for everything from food and water, pumping gas for vehicles, communications, and sanitation.

Most people don’t carry cash anymore, and wouldn’t even be able to make purchases without working debit and credit equipment. Experts suggest that between 70% and 90% of Americans would die within a year to 18 months in the case of a severe EMP attack.

You can survive an EMP, but you need to be prepared for it to occur in advance. Unlike things like volcano eruptions or many other natural disasters, there’s no warning period or time to prepare. An EMP is an instant event that takes place in a split second.

Here are a few good reasons to protect your gear in case of an EMP:

You probably have a huge amount of information stored in digital format. It’s easy to carry all of the information you need to restart your life after such an event on an e-reader or tablet. Having physical copies of books takes up a lot of space, and is far too heavy if you plan to be on the move.

Two more big reasons are communication and power generation. You’ll want to be able to use radios to communicate with other survivors and receive any messages from the government.

Being able to generate your own power will also really improve your quality of life following an EMP, but you’ll need to make proper preparations including having solar panels or some other power source secured. An EMP could destroy a country’s transformers, which has the potential to knock out the power grid for multiple years until it’s rebuilt. So you could be without power for years if you haven’t made your own arrangements.

All of these will give you a big tactical advantage for when you’re trying to survive in an otherwise powerless world.

What Electronics Do I Need To Protect? 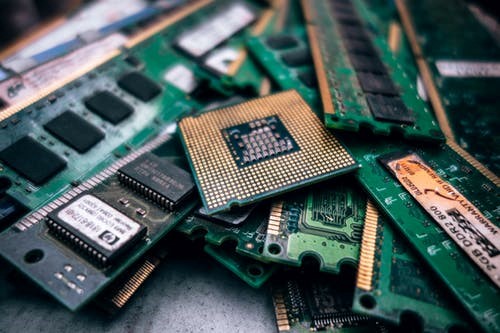 In simple terms, anything with a chip in it. They’re at risk of getting fried during an EMP attack.

Simple electronics that don’t have solid state electronic controls will mostly be safe. An EMP doesn’t affect motors, valves, and other parts. So most vintage electronics are safe, like older radios back when vacuum tubes were used instead of electronic chips.

Most modern technology is at risk including computers, monitors, appliances like blenders or food dehydrators, cell phones, cameras, modern radios, and more. Any modern technology that you’ll want to use after an EMP should be stored in a Faraday bag or other type of protection.

Surprisingly, solar panels are pretty good at surviving an EMP attack. Their output might be decreased slightly, but usually they’ll still work. But you’ll need to protect the batteries and voltage inverter which are still at risk of being destroyed by the EMP, so you should keep spares in a Faraday bag.

How Do I Protect My Electronics?

The first step to protect your electronics is to remove them from power sources. Anything plugged into electrical outlets during an EMP event will likely be destroyed, even if you use surge protectors. Any portable devices should have their batteries removed when not in use as well. That mostly means backups are required since there’s no warning with an EMP attack.

Just because your device is unplugged doesn’t mean it’s safe from an EMP attack though. To really protect your electronics against an EMP, you’ll want to place them in some type of Faraday cage or Faraday bag.

Scientist Michael Faraday discovered the Faraday cage, which is a method for shielding electronics from the damage of electromagnetic waves.

A Faraday cage protects electronics by using materials such as fine metal mesh or solid pieces of metal. There are many different kits and plans available online to try and create your own Faraday cage at home. Some people claim that you can make a Faraday cage with something as simple as a microwave or aluminum foil. But in our experience, these techniques aren’t very effective at all.

In our opinion, a Faraday bag is the best way to protect your electronics against an EMP attack.

A Faraday bag works much the same way that a Faraday cage does. But unlike a Faraday cage, they are much smaller, easier to store, and potentially more effective.

A common way people try to make their own Faraday cage at home is by using a galvanized steel trash can. Not only is this really bulky and difficult to store, but it usually won’t provide strong enough protection to save your electronics from the effects of EMPs.

Tech Protect Faraday bags have been tested by NASA and are proven to work. They’re slim and easy to store. The largest Faraday bag available only weighs a couple of pounds as well.

You can get Faraday bags as big as 32″ x 38″. With a Faraday bag that large, you can fit most of your important electronics. It’s big enough to fit things like LED monitors, food dehydrators, solar panels, or even gas generators.

There’s an even larger bag as well that will fit items such as generators, large battery banks, large inverters and many other large items. It measures 14” x 18” x 36” and is just as effective as the other Tech Protect faraday bags.

How To Test If Your EMP Protection Is Effective

Sadly there is basically no way to test the true effectiveness of EMP shielding at home. Because of the high voltage and high frequency of an EMP wave special equipment is required for testing faraday cages and faraday bags.

That is why we do not leave it up to a handheld radio to tell us if our bags work or not. We go straight to the source of companies or organizations that have proper EMP testing equipment. Tech Protect faraday bags were first tested and confirmed that they worked with NASA. Since then many other agencies both law enforcement and government have tested the faraday bags and all confirmed they are EMP proof.

This is what sets Tech Protect Faraday/EMP Bags apart from anyone else out there. We don’t hope something works, we want to guarantee something works. This is why we don’t recommend homemade EMP trash cans, simply because when tested they didn’t work as advertised and don’t stop EMP waves.

When it comes to EMPs, hope isn’t a plan. Know that equipment will be protected by using Tech Protect faraday/EMP bags.

Q: What is nesting?

A: Nesting is a technique that further improves the effectiveness of your Faraday bags. By placing one bag inside of another, you double their protective qualities and abilities. One bag by itself is EMP proof, but nesting allows you to have even more shielding against something called super EMP technology which might be strong enough to get through ordinary EMP protection.

Q: Will my car work after an EMP?

A: Some testing has been done, and it’s hard to say with absolute certainty. It seems that 10% or more of modern cars might be seriously affected by an EMP, even if they’re not running at the time an EMP occurs.

Cars on the road during an EMP attack would absolutely be affected. At least 2 out of 3 cars on the road would be expected to stall or have other malfunctions.

Any electric car being charged at the time of an EMP would likely have its battery fried. It is said that gas cars older than 1980’s and diesel cars older than 2000’s will have the best chance of working after an EMP attack.

How to Protect Electronics From an Emp: 5 Things You Need to Know

A Beginner’s Guide to Choosing the Most Effective EMP Bag

In Case Of Emergency: 5 Reasons You Need an EMP Protection Bag