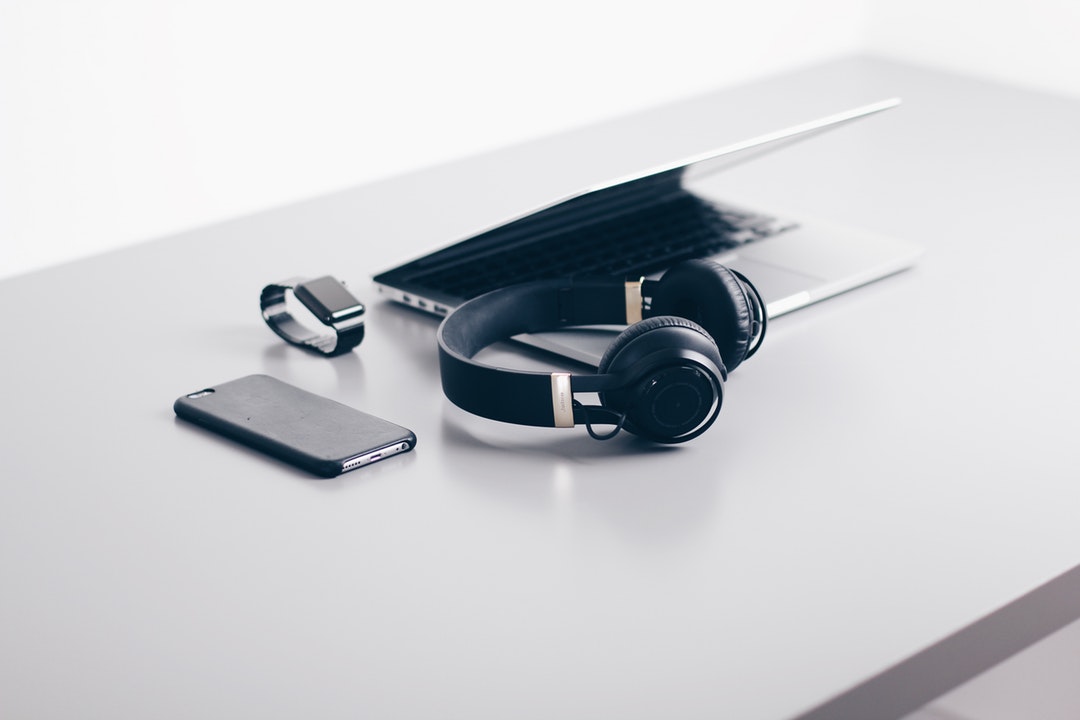 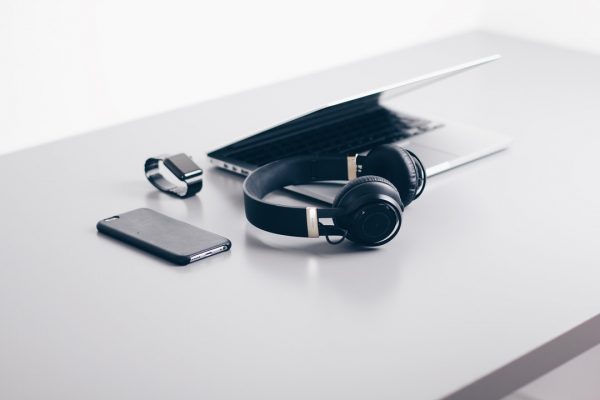 The question is not if an EMP will occure–but when? EMPs come from, both, natural and manmade sources. Even if an attack from weaponized EMP is everted, there is no escaping an EMP occurring in nature.

An electromagnetic pulse occurs without warning. Once it happens it is too late to salvage emergency supplies and communication devices. This article is a survivalist guide on how to protect your electronics from EMP.

Since the discovery of weaponized EMPs, during the Manhattan Project, nuclear nations engage in developing EMP protection devices. This article tells you what you need in order to protect essential electronics from the nation-wide or global power outage caused by an EMP.

What Does EMP Stand For?

Before you start unplugging all of your electronics, it helps to understand what an EMP is and how it affects you. EMP stands for electromagnetic pulse. It is also referred to as a transient electromagnetic disturbance.

The premise, of how an EMP operates and why it matters so much to people, is all about the physics of electricity and, on it, societies dependency. Electricity is in the air. In fact, Nicola Tesla’s last unfinished feat was to develop a form of grid-wide wireless electricity distribution.

An EMP is a burst of electromagnetic energy from a natural or manmade source. The energy travels over the electrically charged air and is attracted to other electric currents. The problem is that the energy from an EMP disrupts the current output of electronic devices, causing an overload.

Is an EMP Cause for Alarm?

The only productive use of EMP for humans is as a weapon. If you are on the receiving end of an EMP, yes–it is cause for alarm. An EMP means certain damage to any electronic with which it comes into contact.

A natural EMP comes from magnetic storms and solar activity on the surface of the sun. Geomagnetic storms periodically produce solar flares and coronal mass ejections. Extreme geomagnetic activity can produce a high-output electromagnetic pulse from the sun.

These extreme solar events are documented as occurring throughout human history. They are inevitable and impossible to predict in time for emergency preparations.

A geomagnetic solar EMP is going to happen, but maybe not in your lifetime. But–it is coming. The other cause of a widespread EMP disaster is from detonating a nuclear bomb.

Whether a nuclear bomb or a solar event causes an EMP, the cost is enormous. Financially, the United States estimates that a solar-derived EMP will cost up to two trillion dollars in damage. Recovery efforts from such an event will take as little as four, or as much as ten years to complete.

What Effect Does an EMP Have?

Electromagnetic pulses have been happening since before humans, but no one knew until man’s harnessing of electricity. In 1859, the largest solar storm in recorded history occurred after solar spots were observed on the suns surface.

The geomagnetic storm that followed cast the northern lights across the planet, so bright as to read by.

In 1859, the world was not nearly as electrified as it is today. The few power lines that existed went to the telegraph station. During the solar storm, operators working in telegraph station across the US and Europe report being shocked by sparking telegraph machines.

In any industrialized country, today, every city, town, home, and person depends on a power grid. In the event of a large solar EMP, the worlds electricity infrastructure fries–like the telegraph machines.

The [worlds telecommunications systems http://scitecresearch.com/journals/index.php/ieps/article/view/1302], power-grid infrastructure, radio system, and television broadcasts are gone. Any electronic equipment that is turned on and unshielded at the time of the EMP is destroyed. That means that complex computer-run systems go offline, like water utilities, internet, hospitals, and food distribution.

The circuits inside of your car’s computer instantly melt from the electromagnetic surge. Road vehicles stop in their tracks, and airplanes fall from the sky.

An EMP causes the electronic components inside circuit boards to fry and melt. It’s not that electronics turn off–they become paper-weights. In the event of an EMP, you are completely cut off from all modern conveniences and necessities.

The sun operates in cycles. As of August 28, 2018, and the emergence of sunspot AR2720 the sun has entered into cycle 25. With the arrival of cycle 25 solar activity is projected to increase and pose a higher risk of EMF emissions.

The increased magnetic activity causes more plasma movement within the sphere and increases the ionosphere and magnetospheres electric current.

As of yet, our electrical infrastructure has only experienced a solar EMP large enough to knock out satellites in orbit. These solar events are not dangerous to infrastructure on earth. A large solar EMP, on the other hand, has the power to set civilization back to the stone age.

A manmade EMP is a secondary cause. These types of EMPs are very small pose little risk to your electronics. Digital electronic circuitry and power line surges cause a small EMP, which is the reason for modern surge protector plug strips.

Weaponized EMP is a military byproduct of nuclear arms development. To be sure, the most effective use of an EMP is for various military purposes.

Imagine knocking out your enemies power in one fell swoop before attacking. Military iterations include nuclear and non-nuclear EMP weapons.

A high-altitude EMP results from a nuclear detonation at 15 miles above the surface, or more. A source-region EMP comes from a nuclear bomb detonating at or close to the surface of the earth. A radio frequency weapon produces an EMP to disrupt nearby electronic systems without a nuclear explosion.

How to Protect Your Electronics from EMP

Earlier this month, the National Coordinating Center for Communications (NCC) released an update to the Electromagnetic Pulse (EMP) Protection and Resilience Guidelines for Critical Infrastructure and Equipment. The EMP Protection Guidlines serve to provide a reliable source on which to base your EMP survival strategy.

For an EMP causing a surge between 200 MHz to 2GHz, the NCC recommends using type 61 (HF) ferrites that are made with Nickel Zinc. This range is good for protection against a lightning EMP.

Compile a Stock of Emergency Electronics

Protecting your electronics from EMP damage is most reliable if you have them in a protected area. If you want an electronic to survive an EMP, turn it off and unplug it from any power source. Even surge protectors will fail to stop the current surge from an EMP.

Your best chance to preserve the functionality of your personal devices, like phones and laptops, is to remove the battery. The trick is to remove any power from the device, giving an electromagnetic current less of an avenue through which to travel.

Removing power, however, is not enough, in-and-of-itself. The secret for how to protect your electronics from EMP is to place them inside a Faraday device.

Faraday bags and cages protect electronics from the excess electromagnetic charge produced by an EMP. In the event of an EMP attack, all the devices on your person are useless. But, electronics that you store in a Faraday device stand a much better chance.

Put Electronics in a Faraday Bag

A Faraday bag provides a base level of protection to your personal electronics from EMP damage. They are designed for small electronics, like phones, tablets, laptops, and radios. Most bags cover a range between 10 MHz and 18 GHz.

The price range of Faraday bags varies widely, in correspondence with its EMP protection quality. They come in all shapes, sizes, and models. Make sure to get Faraday bags featuring zipper protection.

A Faraday container provides a storage medium in which to protect your stock of electronics. They are durable and more protective than Faraday bags but offer just as much range in style and size. Faraday containers can also hold large electronic components that you want to store off-line, like a server stack.

Small briefcase size Faraday containers start in the range of a few hundred. For a custom Faraday container, it ranges between ten and $40 thousand. Custom containers feature options for built-in backup power and other survival components.

In the event of an EMP attack or natural EMP, working communication electronics mean the difference between survival and isolation. In the years proceeding an EMP, before global electronics infrastructure is back online, protecting your electronics enables you to find help, organize resources, and manage salvation efforts.

Protect your electronic devices by taking them off-line and storing them in EMP-resistant bags. When an EMP strikes, there is little to no warning.

Help teach others how to protect your electronics from EMP by sharing this article on social media. And read more articles about preparing for an EMP on the blog.

Tags: how to protect your electronics from emp

What Does an EMP Do to Your Phone?

What is an EMP Bomb and How to Protect Against It

Nuclear Threat: The Number One Weapon with Devastating EMP Effects